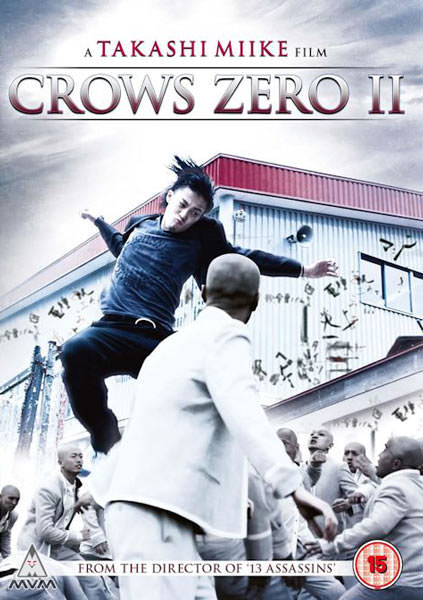 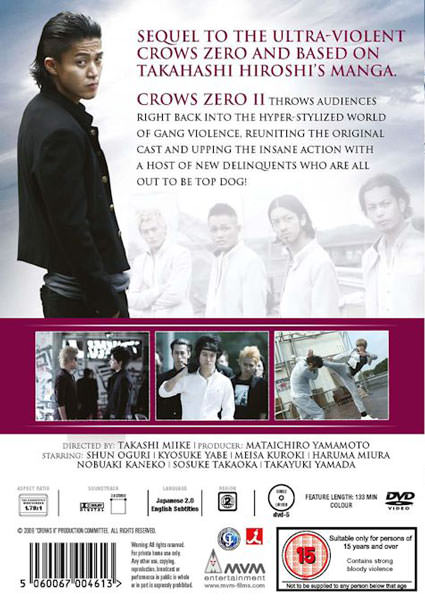 Oguri Shun returns as Takaya Genji, whom we last saw fighting his way up the pecking order of gang-infested Suzuran High in hopes of uniting the school under his rule. His chief rival in the first film, Yamada Takayuki, is back, as well as Takaoka Sosuke, Kiritani Kenta, Daito Shunsuke, Yabe Kyosuke, Kamiji Yusuke, Flame’s Izaki Yusuke and Izaki Hisato, and sometimes flame Kuroki Meisa. Some new delinquents have been added to the fighting fray including Miura Haruma (Gokusen), Abe Shinnosuke (The Sword of Alexander), and Kaneko Nobuaki (Be-Bop High School).

Genji (Oguri Shun) is the new king of Suzuran High after beating Serizawa (Yamada Takayuki), but the school is more fragmented than ever. Suzuran’s old rivalry with Hosen Academy flares up again when a former Suzuran student (Abe Shinnosuke) who knifed a Hosen student to death two years ago is released from jail. Hosen’s leader Taiga (Kaneko Nobuaki) sends out the boys to get revenge, and Genji unknowingly throws the first punch, breaking the tenuous ceasefire between the two schools. It’s all-out gang war all over again, but Genji’s fighting on two fronts trying to unite a divided Suzuran against Hosen.” 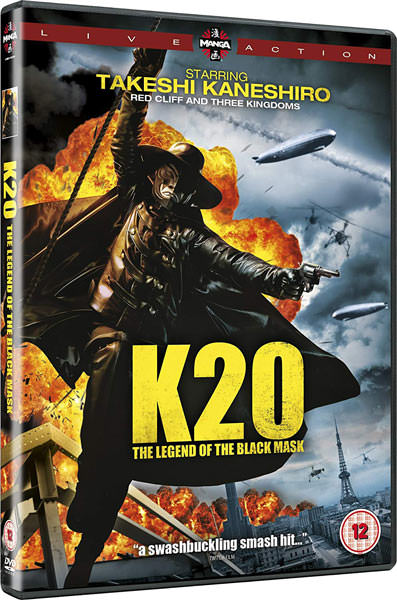